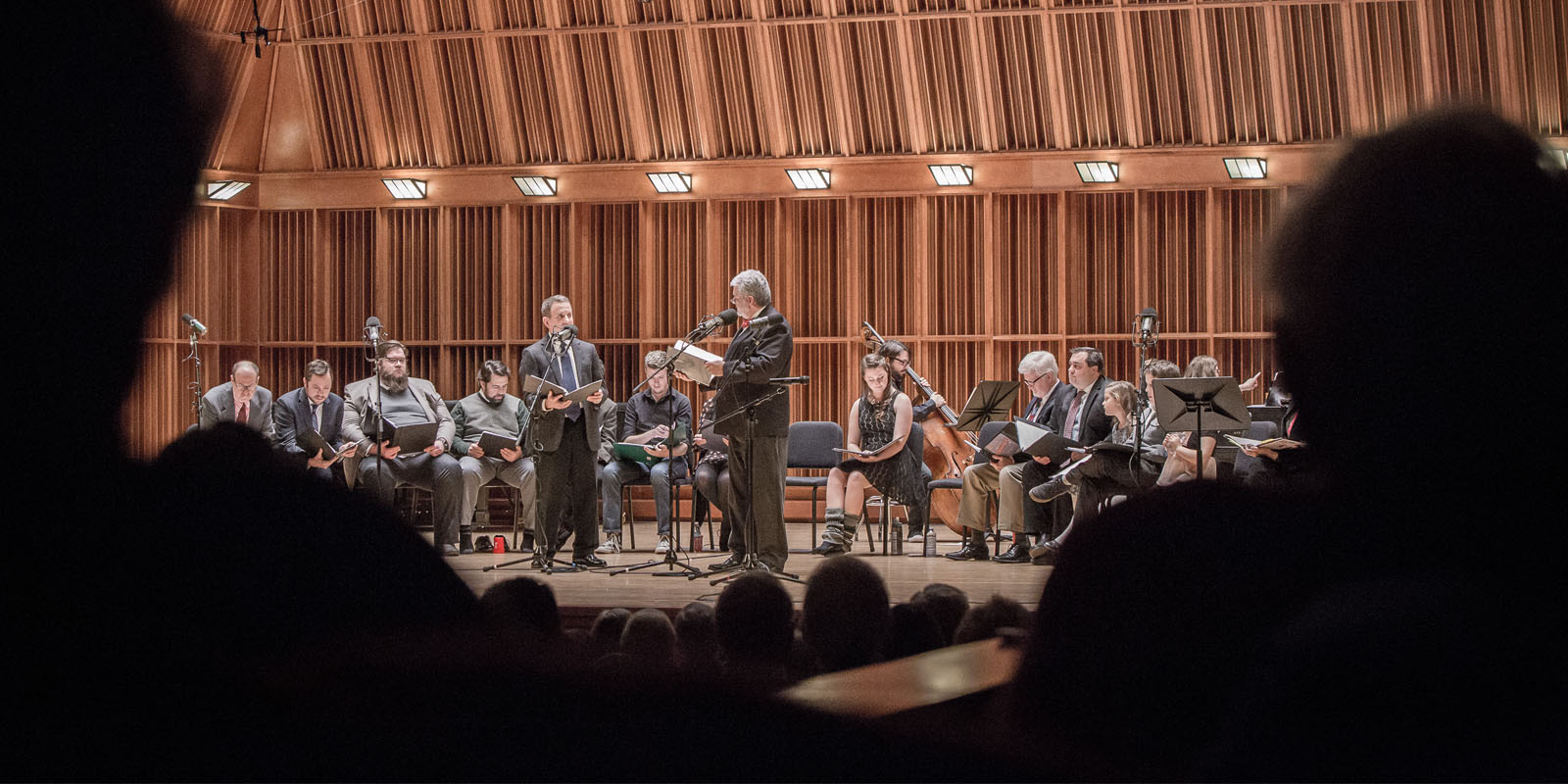 A CHRIS-MYSTERY is a new production written by Michael Kleeberg, Assistant Professor of English, Communications & Languages at Ivy Tech.

Christmas! A time of year for bright lights, the re-ascendance of red and green, majestic trees, sumptuous feasting on once-a-year treats, and…solving jewel thefts? Perhaps that last item doesn’t happen in everyone’s holiday, but this year, it’s atop the menu for a down-on-his-luck private eye Phil Barlow and his unorthodox partner, Bogie. Smitten suitor Dashiell Hammer had planned to propose to Daphne Du Lessier at her parents’ lavish Christmas Eve party. Hammer has left the ring in the care of Mrs. Du Lessier, who keeps it under lock and key…but the ring disappears! Barlow and Bogie hasten to the luxurious Du Lessier apartment on Park Avenue, determined to solve the theft.

Upon arrival, the duo finds no shortage of potential thieves. Who stole the ring?  Was it Dr. Arthur Du Lessier, who chases Daphne’s suitors away with profanity and pointy sticks? Was it Mrs. Du Lessier, who cannot bear to see her one and only child fly the nest?  Was it Shirley Jakes, Daphne’s best friend, who once had her cap set for Dashiell Hammer? Could it have been the slimy Chandler Ray, Daphne’s former suitor? These are only a few of the suspects. But with the crafty Bogie by his side, Barlow turns up the heat on the entire household, ensuring that the culprit will sweat despite the Yuletide temperatures outside.

Attendees should be seated by 7:30 p.m. and will be treated to a pre-show program including a sound effects demonstration.

Tickets for in-person attendance are sold through the College of Fine Arts Box Office located at Sursa Hall. Purchase options: