The details of animal abuse and neglect cases are often grim – pets deprived of food and water, small cages covered in feces, dogs forced to fight each other to the death.  And some of those cases never see a court room because of how Indiana defines abuse and neglect.  As Indiana Public Broadcasting’s Barbara Brosher reports, that’s starting to change as the result of new laws that took effect earlier this year.

The Morgan County Humane Society is bursting at the seams with adoptable animals. In addition to its dog and cat rooms, there are several cages in common areas of the shelter where animals are sleeping. The non-profit houses as many as 50 dogs and 100 cats between its shelter and foster homes at any given time.

It isn’t all happy reunions and sending animals to loving homes for the staff that works at the Humane Society. The non-profit also serves as animal control for the county, and the cases can be hard to stomach.

“Shooting is frequent of owned animals,” says MCHS Executive Director Jennifer Londergan. “And, unfortunately, it is not illegal to shoot your own animal.”

The Animal Legal Defense Fund ranks Indiana in the top 10 nationally for its animal protection laws, but advocates say there’s still a long way to go.

“Animals have been typically in our state and nationally considered property,” Londergan says. “And, so, it is very difficult when you’re dealing with a living being to explain to the public that your animal really doesn’t have anymore rights than your handbag.”

That can be a real challenge when it comes to filing criminal charges for animal abuse and neglect. 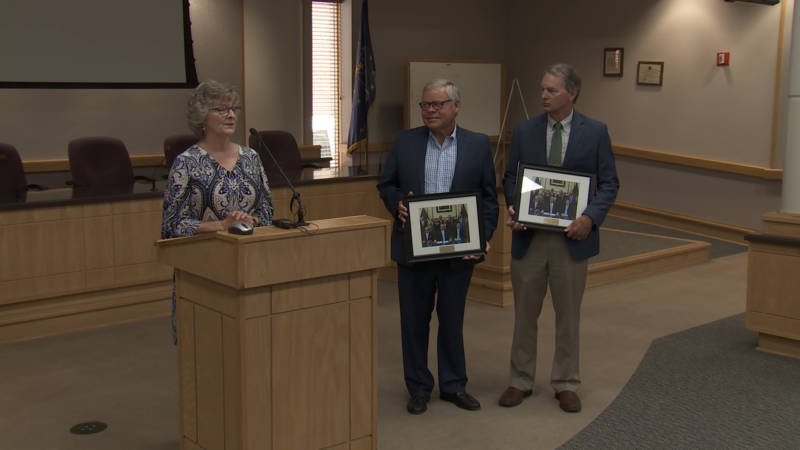 Several Indiana prosecutors found themselves frustrated when it came to prosecuting certain animal neglect or cruelty cases. While the situations officers encountered were horrific, they didn’t always match the state’s legal definitions.

“We had cases where we had large numbers of animals confined to a very small area, or animals that were being kept in uninhabitable conditions and the neglect statute did not cover those situations,” says Jennifer Gutwein with the Tippecanoe County Prosecutor’s Office.

Tippecanoe County started an Animal Advisory Board after a large animal seizure in 2017. It highlighted some of the challenges with filing criminal charges in such a case.

“We had over 60 animals in the middle of the night and literally we had volunteers coming with cages to take those animals to multiple veterinarians across our community and outside our community,” says Prosecutor Patrick Harrington. “And, those animals ended up across the United States.”

The advisory board now considers how to improve animal welfare in the county. It pushed lawmakers to make changes to the definitions of animal cruelty, neglect and torture earlier this year.

Under the new law, “abusing” replaces “beating.” The broader definition now applies to when someone beats, torments, injures or otherwise harms an animal.

The changes also define electrocuting, freezing or heating an animal to death as torture.

Another change that took effect in July means someone convicted of animal abuse cannot own, harbor or train an animal as a condition of parole. Before, the court could decide whether to apply the ban.

“We had multiple cases where we had animals that were killed and we could not get a ban from having that defendant who was convicted from going out and buying another cat or dog,” Harrington says.

Prosecutors and law enforcement say the ban is important not just for the safety of animals, but also people.

They say in many cases, animal abuse can be a warning sign for other criminal activity. 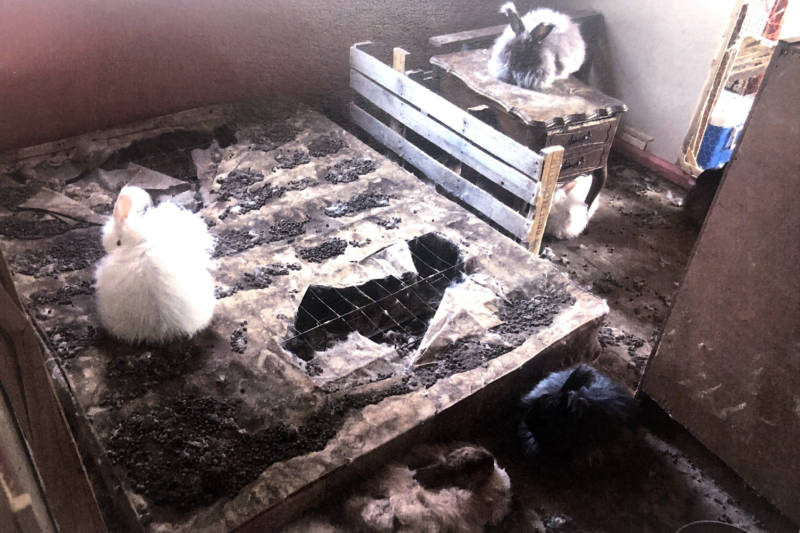 That’s illustrated in a Lafayette case from last year.

Police went to the home of Anthony Leavell after someone complained about possible dead animals. Court documents say the officer found a large number of rabbits inside, with animal feces and trash throughout some areas of the home. Investigators also discovered something else.

“And when the animal control officer went in there, due to the training from the advisory board, they saw in the bathroom ceiling the hidden camera,” Harrington says. “They backed out, got a search warrant with law enforcement, Lafayette police went in there recovered and that person was convicted of child exploitation, child pornography and criminal animal abuse.”

A judge sentenced Antony Leavell to 10 years in prison for the crimes.

Advocates hope this year’s changes will make it easier to prevent people like Leavell from owning and harming more animals.