Across the country, there have been multiple deaths, and hundreds more illnesses, linked to e-cigarettes and vaping products. Now, doctors and scientists are looking to pinpoint the cause, while health officials coordinate an effort to find out why people are getting sick.

On a Monday afternoon, the emergency department at IU Methodist Hospital in downtown Indianapolis is pretty calm. There’s plenty of room in the waiting area, and announcements echo along the hallway.

Dr. Nathan VanderVinne says staffers are vigilant for shortness of breath, cough and nausea. Those symptoms usually would signal a common illness, like pneumonia, but now raise flags for something else.

“We’ll look at their oxygen saturation when they come into the ED. And that can be the first clue that there may be something going on,” VanderVinne says. 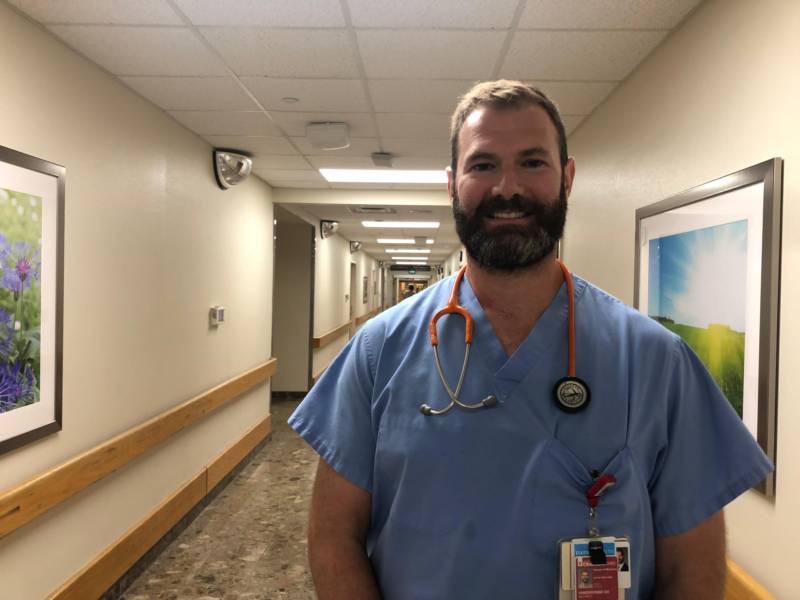 Within the last month, VanderVinne saw a teenager who fell ill after vaping. The teen was in the intensive care unit at Riley Children’s Hospital. Just one of the possible cases of vaping-related lung illness in the U.S., according to the Centers for Disease Control.

“And so we’re starting to begin to ask these questions, these patients coming in if they’re utilizing tobacco products or these particular vaping products,” VanderVinne says. “I’ll ask them, Are they smoking right now?”

Indiana’s top health official, Dr. Kristina Box, said at a recent news conference that all cases have one thing in common. “We have a significant amount of confidence with regards to the only common factor that we’re finding here is vaping.”

But that hasn’t helped federal officials figure out precisely what’s causing the problem.

On a Thursday phone call with reporters, CDC Principal Deputy Director Anne Schuchat said, “No consistent e-cigarette or vaping product, substance, additive or brand has been identified in all cases. Nor has any one product or substance been conclusively linked to lung injury in patients.”

As scientists hunt for clues, the Food and Drug Administration said a potential lead is vaping products that contain THC — the active component of marijuana. Possibly because vitamin e-acetate was added into these products. It’s vaporized into the lungs and then returns to an oily form. But not all the tested samples include vitamin e-acetate.

As awareness grows, some warn that the caseload will grow too.

“So when I say it’s probably not a new thing, I guess what I mean is, we’re probably just detecting it right for the first time,” IUPUI research epidemiologist Timothy McFarlane says. “And that we don’t really have channels to detect this kind of outbreak on a large scale. Namely, because it’s non-communicable.”

“We are seeing the tip of the iceberg right now,” McFarlane says.

In recent days, the CDC launched an emergency operations center to help coordinate the government response. The center also has been used for hurricanes, the Flint water crisis, and the Zika outbreak, Reuters reports.

But the actual number of cases may be even larger. A Louisville, Ky., pulmonologist says he treated two patients before the issue rose to national prominence. Therefore, he says, they slipped under the radar.

“And in reality, these cases may have been going on for years that we just haven’t really found them yet. Until now,” McFarlane says.

Indiana health officials are working with the CDC on the investigation, and have shared suspect vaping products with the FDA. But state and federal agencies have been cautious about drawing conclusions.

“There may be problematic source material or modifications that are occurring in different places,” Schuchat told reporters. “So we really need to use caution at this time in terms of our consumer recommendations, and have an open mind in terms of the investigation.”

The Trump administration has called e-cigarette use among teens an epidemic, and the CDC says nearly 1 in every 5 high school students has used these products. That’s a problem, because e-cigarettes have high levels of addictive nicotine.

Still, teens often are drawn to the thousands of flavored e-cigarette products on the market — flavors like mango, mint or cherry. In response, the Trump administration has moved to ban flavored products.

“It can be a little bit awkward,” he says. “And we try and spend time alone with the patients, you know, their parents outside of the room to get them to be upfront and honest with us.”