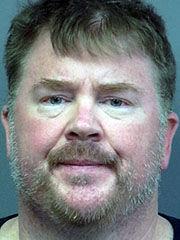 A former Marion High School counselor and football coach has been indicted by a federal grand jury for producing child pornography.  He now faces a federal trial.

Court documents say Ryan Vermilion enticed a minor to send him explicit pictures during the early months of 2020.  Vermilion made the victim believe he was a teenage boy with cancer on social media, so she would chat and share photos.

Vermilion’s lawyer says his client is destroyed.  He called the interaction with the 13-year-old student “role playing among adults.”

After his initial arrest last February, the Marion Community Schools board voted to fire Vermilion, citing “immorality” when it terminated his contract.  In addition to working at Marion High School, Vermilion had previously coached football at New Castle, Edinburgh, and Winchester schools.