Henry County is among the recipients of the latest round of state grants for outdoor trails.  As IPR’s Stephanie Wiechmann reports, the nearly $30 million in state grants will pay for 70 miles of new trails across Indiana. 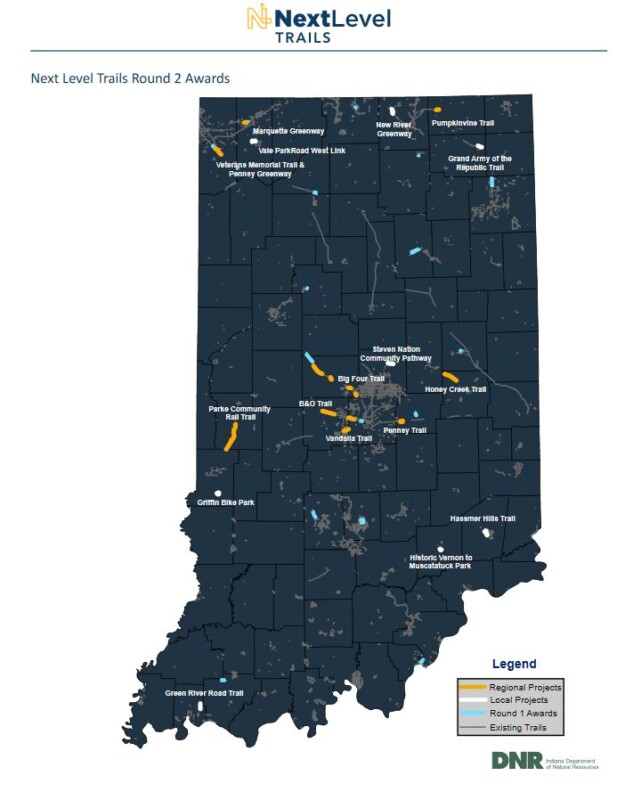 A third round of grant applications to fund more trails are due to the state in December. (Map: Next Level Trails Indiana)

With nearly $1.7 million, a new asphalt trail called the “Honey Creek Trail” will be created on a former railroad corridor in Middletown.  It will run 5.27 miles between Mechanicsburg Road and County Road 600 North.  Officials say the trail will connect three parks.

State officials say the Next Level Trails grants are competitive – nearly all the projects funded in this round were submitted unsuccessfully previously.  And a third round of grants is already planned.

“Looking back, we had two million more visitors to our state parks last year during a global pandemic.  Just proving that people are excited to get out and experience the great outdoors.”

To win the state grant, projects have to match at least 20 percent of its grant award – but besides money, that match can include land value and donations of materials and labor.