You could own an entire Indiana town – for $3.8 million.

Story, Ind. is for sale. No one really lives in the sleepy community, but it’s home to a popular bed and breakfast, restaurant and events venue. Those beloved destinations aren’t going away.

“We are not selling the business, we are selling the town,” says Rick Hofstetter, one of the partners at the Story Inn.

What they are selling are more than 17 acres of land, including the buildings that sit on the property. The Story Inn and its associated businesses will remain open under the current ownership, which will lease the buildings from the town’s new owner.

And, whoever purchases Story will be owning a piece of Hoosier history.

The town dates back to 1851. Dr. George Story founded the community when he opened a medical practice. He built many of the houses that still stand today. Story became a thriving logging and then farming town. At its highest point, it had two general stores, a church and a school.

Then, the Great Depression hit.

“So Brown County lost half its population and this place kind of went to sleep,” Hofstetter says. 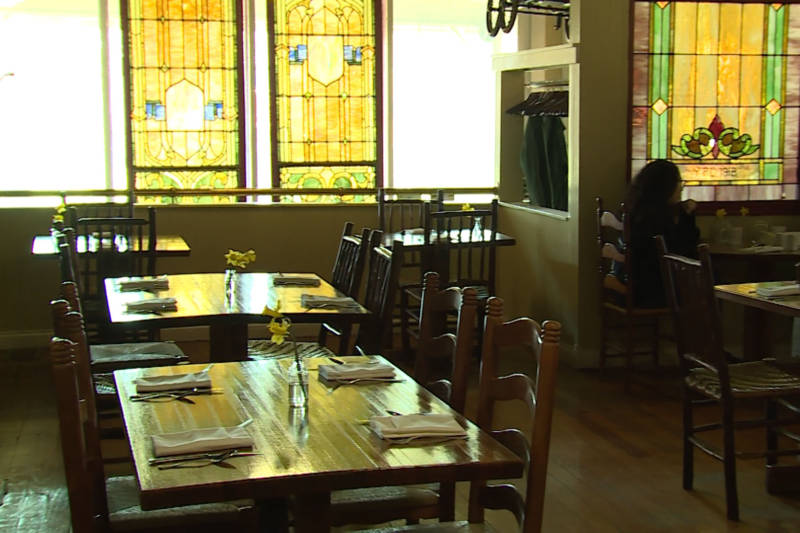 Luckily, no one attempted to modernize or destroy the historic buildings.

A Bloomington couple bought what now houses the Story Inn in the ’80s, and went on to acquire more than 20 acres of nearby land. They helped turn it into a popular tourist destination. Hofstetter purchased Story about 20 years ago, and has fought to preserve it ever since.

For him, selling the town is crucial to its future.

“It’s time for me to wrap this town into a safety cocoon, put it into safe hands,” he says.

That means he won’t sell to just anybody. Hofstetter says it’s important that the new owner of Story be interested in its preservation.

“This town is zoned general business. People can do some stuff to it that I wouldn’t necessarily approve. So, as long as I have breath in my body, we’re going to have restrictive covenants to make sure this place doesn’t become a Yogi Bear campground. Not going to happen on my watch.”

Story recently made the National Register of Historic Places, which also provides some extra protections for the community.

Hofstetter says the Inn’s fielded calls from several people inquiring about buying the town, but it’s not clear yet if the right person is interested.

“When somebody buys a property like this, they never really own it,” he says. “It really belongs to the people that aren’t born yet.”