Usually, when an Indianapolis police officer dies in the line of duty, thousands of people pack Bankers Life Fieldhouse to honor them. But today, because of COVID-19 restrictions, hundreds of squad cars lined the oval of the Indianapolis Motor Speedway for Officer Breann Leath’s funeral. Indiana Public Broadcasting’s Jill Sheridan reports. 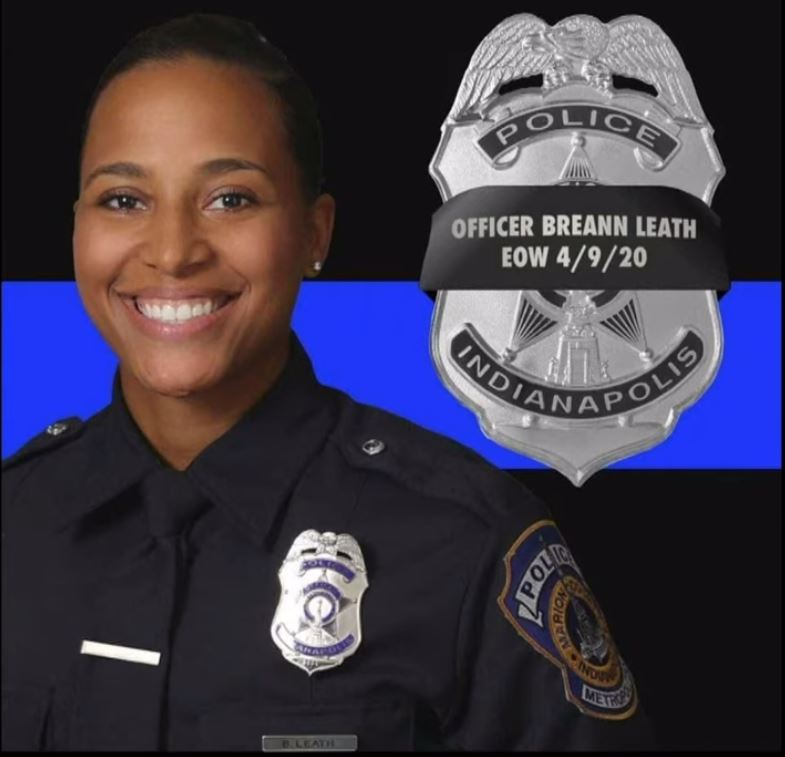 Officer Breann Leath was 24 years old and comes from a family of law enforcement professionals. She is described as a dedicated public servant and a loving mother.

Leath was shot and killed last week responding to a domestic disturbance call.

Indianapolis Mayor Joe Hogsett says the current situation could not stop the remembrance of her life.

“While a global pandemic may keep us physically separated today, the sun rose this morning on a city that has come together as one, united in admiration for our fallen hero.”

“Following in the footsteps of a family of public servants who have devoted themselves to the greater good, but they should not have had to give this much.”

A procession of family, officers and city leaders made its way through the city before ending at Crown Hill Cemetery.

Also today, the Indiana Department of Corrections dedicated the nursery at the Indiana Women’s Prison in Officer Leath’s name. She was a former correctional officer at the facility.