Ball State University trustees now say the Muncie school will remove the name of Papa John’s pizza founder and alumnus John Schnatter from a business program on campus.  As IPR’s Stephanie Wiechmann reports, the board says it is reversing course from an earlier statement on the recommendation of the university president.

Ball State’s board has voted to remove John Schnatter’s name from its Institute for Entrepreneurship and Free Enterprise.  Schnatter’s name will also be removed from a professorship funded by the same donation.

Leading the meeting by phone, board chair Rick Hall says his statement on August 3 to keep Schnatter’s name on the business program was only part of a planned response.  He had hoped to bring Schnatter to campus for conversations with students about “race relations and critical thinking.”  Hall says Schnatter was willing to come to campus.

But, Hall says, “President [Geoffrey] Mearns has advised us that such discussions with John and other good faith gestures would not be well received or effective as long as his name remains on the institute.”

Schnatter admitted in July to using a racial slur against African-Americans on a conference call with consultants in July.

Ball State says it will also return money from the 2016 grant to the Schnatter Family Foundation. 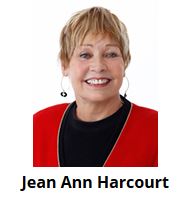 The vote wasn’t unanimous, however.  Jean Ann Harcourt of Milroy gave the lone “no” vote.  She says she believes Schnatter’s comments were taken out of context.

“I am a Christian who believes strongly about forgiveness.  I feel John has apologized and asked for forgiveness.”

The vote came in a special meeting called the day before faculty convocation – the traditional start to Ball State’s new academic year.

The Board of Trustees strongly condemns racism, both implicit and explicit. Our condemnation extends to include John Schnatter’s comments that are the subject of controversy and have no place in our society.

The Board had hoped that the situation would provide a learning opportunity regarding race relations and critical thinking. We respect and appreciate that John desired to engage with our students and campus community and otherwise continue to be supportive of Ball State. From the Board’s perspective, our University was presented with a chance to have healthy and open conversation that could lead to better understanding of issues facing our society.

Notwithstanding the Board’s strong belief in the power of conversation, President Mearns has advised us that such discussions with John and other good faith gestures would not be well received or effective, as long as his name remains on the Institute for Entrepreneurship and Free Enterprise.

Unfortunately, the response from some on campus and the current political climate in our nation makes the meaningful progress we desire very challenging. At the same time, the Board does not wish to risk that others will have a false impression that Ball State is not fully committed to a welcoming and inclusive campus for all.

Accordingly, the Board voted today to remove John Schnatter’s name from the Institute.

While the office suite signage in one of our buildings has changed, the troubling issues facing our nation still exist. The Board encourages the Ball State community to engage in constructive dialogue as we collectively work towards solutions.